When I was in middle school, sleepovers were a huge social happening. One of my friends had this amazing house that was perfect for sleepovers, with a guest bedroom over the garage where we could goof off without disturbing the rest of her family. We would giggle, chatter, laugh, gossip, and play silly games well into the night. She had a male cousin, Josh, around our age who would always come and hang out whenever she had these epic sleepover weekends. Socially he somehow managed to blend in seamlessly with a group full of girls. He would sleep in the house separately while all the girls slept in the room over the garage. During the day we would all watch movies, play games, and jump on the trampoline together. Somehow it just worked that he was like a brother to the group, annoying us a bit, but no flirting or awkwardness whatsoever. An impressive feat for a group of ungainly adolescents.

One morning during one of our sleepover weekends, as we groggily all got ready to roll into the kitchen for breakfast, I distinctly remember Josh rubbing his eyes and saying something like “I didn’t get all the eye boogies out yet.” Half my girlfriends all squealed at the fact that he used the word boogies. I would argue those were probably girls who didn’t have brothers. His word choice made me giggle and I was struck with the thought – other people get goop in their eyes too?

As a kid, most mornings I would wake up with stuff in my eyes. I remember at times I used to be paranoid that I had conjunctivitis! It never occurred to me that this happened to more people besides me. I felt such a sense of relief when Josh talked about his eye boogies. I thought, “oh thank god, it’s normal to have stuff in your eyes.”

Years later after my brother and his wife had their first “teddy bear eyed” baby, we were all together as a family talking. Somehow the topic of caring for small eyed babies came into conversation (riveting family small talk, I know). I think my brother’s wife was mentioning how she had to clean up the gunk on her newborn son’s tiny eyes each morning. My mom very shyly and humbly commented quietly on how she had to do this for all four of her kids. It melted my heart because my mother is an incredibly loving, selfless human. Her ability to patiently nurture her kids selflessly will forever humble me. It also made me laugh because I love conflict and speaking my mind, and here was my kind, quiet mom in almost a passive aggressive way essentially proudly telling my brother’s wife – no shit, that’s how you deal with kids with small eyes, get over it. She probably didn’t mean it that way, but I saw it as throwing shade over how to care for babies with small eyes. Hahahaha.

These two memories sit firmly in my mind in relation to my eye boogies. After my surgery, I don’t experience eye boogies in the morning nearly as much as I used to. I do continue to wonder if my fellow peeps with BPES also wake up with a little bit of goop in their eyes. Does that happen to everyone or is it specific to us buttoned eyed folk? 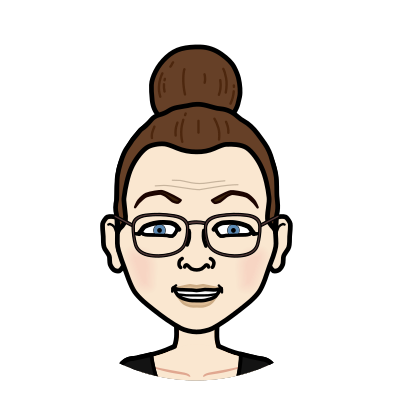